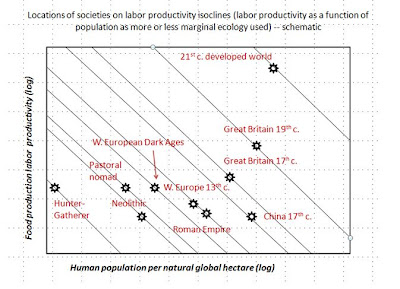 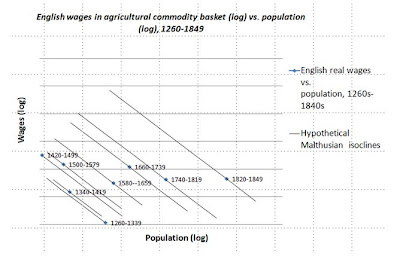 China had for many centuries also had good water transport due to the Grand Canal and its tributaries, but perhaps because of its artificial and inland nature it was far more bureaucratically controlled and subject to excess taxation and other institutional problems than the coastal transport in Japan and Britain. Japan, with its long and thin coastline, probably had the greatest amount of farmland next to coastline controlled by peoples speaking a single language and thus able to trade food with low transaction costs. But Britain's advantage in draft animals more than made up for having a fatter island, as their horses probably made four or more times as much farmland accessible to the navigable water than the mostly human-powered Japanese transport, and its horses also increased the efficiency of river navigations and (eventually) canals. After the railroad, and even moreso the IC engine, reached Japan it quickly caught up to and leapfrogged ahead of Britain (something Clark's theory can't explain).
Posted by Nick Szabo at 4:11 PM 2 comments: