Bugs in the stack

Continuing at long last with my series on the history of Roman law, I will introduce two of the central players: the administrator and legal scholar Tribonian and his master Justinian, emperor of the late Roman ("Byzantine") empire from 527-565 A.D. Today however, a bit about the importance of their legal code.

If law shapes society’s most basic structures, as master genes -- genes that control other genes -- shape the basic form of our bodies, then Justinian's Code is the ancestral master DNA of the West. If society is a protocol stack and law is a low-level protocol governing our higher-level interactions of politics and commerce, then it's fair to say that the Justinian Code was the Internet Protocol that long governed, and still in many ways governs, the Web that is Western society.

If tech metaphors don't do it for you, let's try religion: Justinian was the Moses of the Western legal world. When the first universities, which were practically just law schools, were founded in Italy in the 11th century, the newly rediscovered Justinian Code was the main draw and the center of the curriculum.

Variations of the legal system of Justinian and Tribonian have been taught in Western universities, and often enacted into the law of Western societies, ever since. And indeed in the 19th and 20th centuries these variations were enacted into law all over the world. The only substantial exception, a partial exception, to the overwhelming influence of this code has been the English legal system and its offshoots.

Ideas derived from Justinian's Code also form many of the basic and often flawed assumptions of the political science and philosophy of law taught in universities to this day.

The Romans had a highly evolved substantive law of crime, torts (“delicts”), property, contracts, and many other commercial and personal matters. In these areas the preservation and recovery of the Roman law was indispensible. The influence of the procedural and constitutional aspects of Justinian's Code was quite another matter, as I hope to detail in future posts. The strong influence of Justinian and Tribonian over Western procedural and constitutional law started with the universities, continued in the Romanization of Continental law during and after the Renaissance, accelerated with the codifications of the Prussians and Napoleon of the 18th and 19th centuries, and reached its zenith with the totalitarian dicatorships of the 20th century. Only some of the odious influence of the procedural law that Tribonian and his crew assembled and drafted for their master has gone into perhaps temporary decline since then.

The historian Procopius, who served in Justinian's army, was a superstitious, or at least creatively metaphorical, man who thought that Justinian was a fiend sent from hell to do maximum destruction to the world. That opinion was only based on the consequences of Justinian in his own lifetime. The cumulative influence of his procedural and constitutional laws on the world since that time has been overwhelmingly more harmful.

Tribonian in the service of Justinian introduced and passed on fundamental flaws in the Western political DNA. Or, to switch back to our other tech metaphor, some severe bugs in the lowest layer of our society’s protocol stack.

Coming up: introductions to Justinian and Tribonian.
Posted by Nick Szabo at 3:10 PM 3 comments: 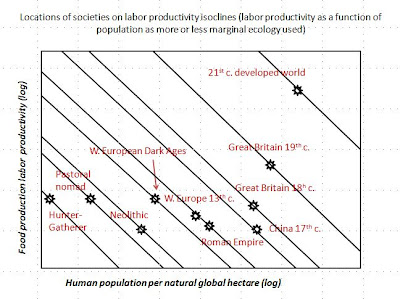