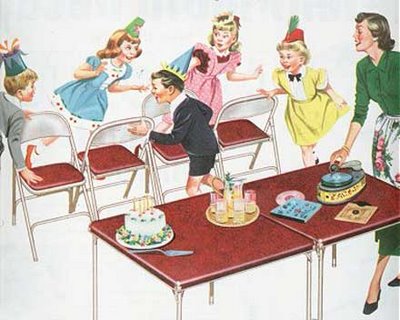 The pigeonhole principle sounds trivial but is profound. It says that you can't fit n pigeons into fewer than n holes without cramming at least two pigeons into one of the holes. It says that somebody must lose in a game of musical chairs. In fancier mathematese, which you can safely skip if it sounds like gibberish, the pigeonhole principle says that there is no bijective (or 1-to-1 and onto) mapping (or function) between a set S and any proper subset of S, or for that matter any set smaller than S. [*]

The pigeonhole principle readily proves that there are people in Ohio with the same number of hairs on their head, that you can't eliminate the possibility of hash collisions when the set of possible input data is larger than the possible outputs, that if there are at least two people in a room then there must be at least two people in that room with the same number of cousins in the room, and that a lossless data compression algorithm must always make some files longer. This is just the tip of the iceberg of what the pigeonhole principle can help prove.

First let's prove that if there are n people in the room, where n is at least two, then there must be at least two (but not necessarily n) people in that room with the same number of cousins (of the same degree or less) in the room. In mathematese (which you can again ignore if you wish) being a "cousin" a symmetric relationship (if I'm your cousin then you're mine) and non-reflexive (I'm not my own cousin). The proof actually works for any such relationship: twins separated at birth, members of the opposite sex, and so on. Here it is, another proof by contradiction: 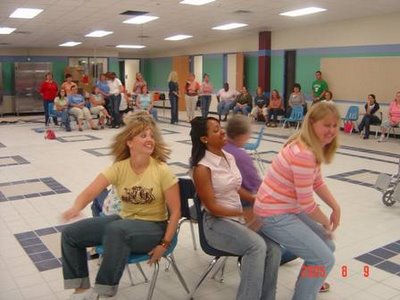 (1) Assume that each person in the room has a different number of cousins in the room;

(2) Putting the pigeons in their holes, one person must have no cousins, and another one cousin, and so on; the nth person must have n-1 cousins. That fills up all the holes with no doubly-stuffed holes, right?

(3) Yes, but if the nth person is a cousin with every other person in the room, then there can be nobody in the room with no cousins, so sequence (2) is an impossible contradiction, proving that in fact statement (1) is false: there must be at least two pigeons in the same hole, i.e. at least two people with the same number of cousins in the room.

Next let's prove (again by contradiction) that any lossless compression algorithm must make some file larger:

(1) Since it's a compression algorithm, by definition at least one file will be made shorter. Call the shortest such file F of size m which compresses to size n (i.e. n<m);

(2) furthermore assume no file will be made longer;

(3) thus every file of size n or less is incompressible;

(4) since no files are made longer, thus there must be at least 2^n + 1 files that compress to size n or less: all files of size n or less plus file F;

(5) but we can't fit 2^n + 1 pigeons into 2^n holes without putting two pigeons in one of the holes: in other words, at least two files must compress to the same output file, which is lossy compression;

(6) thus assumption (2) is false: if the compression is lossless some file must be made longer.

Lossless compression nevertheless can be quite effective because data is usually far from uniformly distributed among the 2^n possibilities. The most common patterns are given the shortest codes, resulting in overall compression in almost all real files that aren't already compressed, encrypted, or otherwise random.

The proofs on hairs and hash collisions are left as exercises for the student. (Don't you hate when math textbooks say that?) 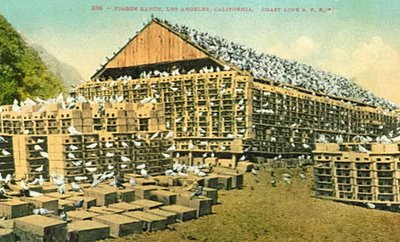 An old pigeon farm, back when people actually ate these nasty critters. Presumably all the pigeons fit into all the holes.

[*] Update: this holds for finite sets; the technicalities are a bit different for infinite sets. See comments.
Posted by Nick Szabo at 3:23 PM

You should credit Dirichlet. It's "Be Nice To Dead Mathematicians Month."

This is just a blog, not an academic journal, and Johann Peter Gustav Lejeune Dirichlet has been well-credited with the principle elsewhere. Most academic papers that use the principle in proofs don't bother to credit him either.

While we're crediting, the game of musical chairs seems to long predate Dirichlet, being traditional in many cultures.

I really like the article, but it should be noted that your claim in the first paragraph is only true for finite sets:
the pigeonhole principle says that there is no bijective (or 1-to-1 and onto) mapping (or function) between a set S and any proper subset of S, or for that matter any set smaller than S.

The first part of that sentence breaks down for infinite sets. Consider the set of positive integers(Z+) and the set of even integers (E). E is certainly a proper subset of Z+ and yet the map f(x) = 2*x is a bijection between the two.
The second part is true if you interpret smaller set in the sense of cardinality but then it's trivially true since cardinality can be defined in terms of the possibility of bijections.

"In fancier mathematese, which you can safely skip if it sounds like gibberish, the pigeonhole principle says that there is no bijective (or 1-to-1 and onto) mapping (or function) between a set S and any proper subset of S"

The exception is when a set S and a proper subset have the same infinite cardinality.

but isn't the "n people in a room" example bullshit?

It's operating with the unstated assumption that all of the cousins of each person in the room is also in the room. Without that assumption, it is false. The nth person could have n^n cousins, and none of them need to be in the room.

Tim and Liron, thanks for the correction.

Excellent article. It's a fascinating principle. Your example reminds me of Wikipedia's "Birthday Paradox." Definitely check it out.

Isn't the cousins proof a bit too complicated? Here's a simpler direct proof without pigeonholes:

Divide the people in the room into groups of mutual cousins. Either any such group contains >= 2 people, then those have the same number of cousins. Otherwise, each group has size 1, i.e. every party guest has zero cousins (and there are at least two guests by assumption).

I take that proof back. It seems like I got the family relations wrong, which is pretty embarassing. (I.e. if A and B are cousins of C, then A is not necessarily the cousin of B. They might be sisters.)

I teach a liberal arts college math course online. Last week I had students find websites they found interesting/useful about the pigeonhole principle (because that was what they were studying that week). I just wanted to let you know that one student used this post for their webpage (they each had to find a different one).