(2) Property. One owns jurisdiction over certain subject matters, and exercises that jurisdiction over certain tenants or visitors to one's franchise territory, based on conditions in the property deed or covenant. Often the franchise territory is simply the territory of the land one owns and to which the franchise is attached, but the charter defining the franchise could specify a different territory. The largest jurisdiction is the realm itself, the jurisdiction owned by the king, and consisting of all jurisdiction in the realm not owned by others in the form of a granted or prescriptive franchise. Jurisdiction as property was historically often associated with feudal or colonial government, but the degree of decentralization possible varied radically. In its more decentralized forms (such as those of medieval Iceland, and to a lesser extent medieval and Renaissance England) this is a radically different model of jurisdiction than that based on sovereign government. More here.

(3) Contract. This has been common in various times and places, and is on the rise in many parts of the modern world in the form of choice of law and choice of forum clauses (often called "arbitration clauses" because they often specify a private arbitrator instead of a state court). Contractual jurisdiction works much better for relational disputes than for torts between strangers. Conceivably, however, a network of contracts in which people agree to delegate consent to jurisdiction could grow dense enough to cover most or even all persons who might contact each other. There are however no modern examples of this. Medieval Iceland has sometimes been interpreted as an example of universal contract-based jurisdiction, but is better viewed as a hybrid property/contract system, since it was based on a franchise-like property right called a "godord."

The U.S. Supreme Court splits on its justifications for why a state may exercise of broad jurisdiction. The view of conservative justices is just that states are sovereign over their territories, period. If the state "tags" you inside its territory you are "it" in their courts for any amount of liability, even if you were just passing through. Liberal justices have justified state jurisdiction as a kind of restitution or implied contract, described further below. Under both views you can also be hauled in from outside the state if you had "minimal contacts" with that state, for example shipping a product there.

Thoughtful political and legal scholars have long recognized that jurisdiction requires much more than brute force assertion: it requires some kind of consent of the governed. Legal scholar Lysander Spooner long ago debunked the idea that government is a "social contract" that you and I actually agreed to abide by. Neither you nor I have ever agreed to any such thing by any process resembling that of formation in contract law. The liberal justices dredge up a similar argument: by entering a state territory and performing some minimal act, such as driving on the roads, you have "availed" yourself of the protections of that jurisdiction. By driving on the road, for example, you have availed yourself of the "significant benefit" of police services, and thereby have now subjected yourself to the full sovereign jurisdiction of that state -- even if that puts you in jeopardy of a penalty far out of proportion to any benefit you have obtained, and even if the penalty is for something completely unrelated to the benefit.

For example, let's say you were married and living in New Jersey and your spouse ran off to California with the kids. You visit California for three days to see the children.

Both the liberals and conservative justices in the U.S. agree that your spouse can greatly extend your stay by hauling you into California court to dissolve your New Jersey marriage and split up your New Jersey property. But they agree on this grotesque idea for different reasons.

According to the conservatives, California is sovereign and can simply can tag you because you are in their territory. According to the liberal justices, you have "availed" yourself of the "significant benefits" of the California laws by driving on California roads, and thereby justified California gaining control over your marriage, your children, and your property. (The actual case was Burnham v. Superior Court of California, 495 U.S. 604 (1990)).

One cannot rebut the conservatives because they just make a raw assertion: a conclusory statement, not an argument. Your spouse simply needs to file a complaint and serve you with process in California territory: tag and you're it. Stay away from your spouse and kids and your New Jersey marriage and New Jersey property are safe from the tender mercies of the California courts. Take one step inside and it's all up for grabs. 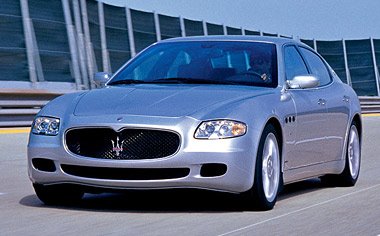 The shallowness of the liberals' pseudo-contractual argument can be seen by translating it to an actual contractual setting. Suppose you stepped onto a car lot called Mike's Maserati Mecca and were talked into test driving that slick silver bullet you certainly can't afford. After a thoroughly enjoyable ride with Mike, in which you consented to follow his directions and availed yourself of the significant benefits of his hospitality, Mike presented you with a contract from the back office. He then declared that, by driving the car, you thereby agreed to buy it. The price is the standard market price, but that doesn't mean that you can afford it. Call it a "drive-wrap contract."

No court anywhere I know of would enforce this "contract": your small act of stepping into the car dealer's territory, availing yourself of property protected by Mike's security guard, and even the somewhat larger and related act of test-driving his car, in no way could be construed as consent to "rules of the territory" that include an obligation to purchase the car. Many courts have a derogatory name for this: "officious intermeddling." Another example: if the neighbor kid shows up one day and simply starts mowing your lawn, there is no implied contract whereby you owe the kid the typical price of a mown law. You may be morally or reputationally obligated in your neighborhood, depending on its norms, but it is not a legal obligation. The only vaguely analogous situation where a court will allow a person to force a contract with you is if you are completely incapacitated and desperately in need a help: if a doctor helps you, a typical court will construe the existence of a contract to pay the doctor a reasonable fee, because that is what you almost surely would have agreed to had you been conscious. This implied-in-law contract is also often called an action for "restitution": you have been unfairly enriched by the doctor, and must "disgorge" the unfair enrichment.

On the other hand, if you had started smashing on of Mike's Maseratis with a sledge hammer, Mike would under traditional common law be within his rights to restrain and arrest you for vandalism on his property. See also Semayne's Case for the implied franchise that pertains to one's house to protect it from trespass. While (in the same move away from traditional English law that gave us the doctrine of substantive sovereign jurisdiction in place of property-based jurisdiction) many jurisdictions have restricted rights to defend oneself and one's property, many other jurisdictions retain them in statute, such as the "stand your ground" statutes that give you the right to protect your property as well as yourself in your house, and in some state in your automobile and at your place of business. Similarly, if while in California you started beating your spouse, there would be no traditional common law objections to California dealing with you in defense of its resident. Committing a tort (or crime) is itself implied consent to tort (or criminal) jurisdiction.

The liberal justices with their pseudo-contractual or pseudo-restitutionary talk of "availment" to "significant benefit" giving rise to arbitrary jurisdiction do not explain why California's assertion of jurisdiction over out-of-state marriage and property is not also simply officious intermeddling. They certainly do not explain why, even if you've unfairly enriched yourself by driving free on California's roads, you should be forced to disgorge far more than the value you obtained, and in areas of your life unrelated to highway safety: your marriage, property, and children.

Assertion of sovereign jurisdiction, the kind were taught in school is the only kind, is in fact the kind of jurisdiction that is the most unjust and that is on most intellectually shaky ground. U.S. courts either simply don't try to justify it or try to justify it with absurd pseudo-contractual arguments. Like their intellectual forebears with their specious idea of a "social contract," many modern justices at least recognize the moral requirement for consent to jurisdiction. But they too fail to address the issue with intellectual seriousness, because the consequences for the law of jurisdiction would be too radical: their own courts could lose most of their power.

There are some good arguments for some sovereign jurisdiction, but they lead to a sovereignty far smaller than that exercised by the modern state. The necessity for some minimal sovereign court, to which you and I are bound "just because," seems unavoidable. For both the property- and contract-based jurisdictions there seems to be the need for at least a "night watchman" or "meta" court that determines the questions of basic jurisdiction itself. In property-based jurisdictions such as the franchises of England, the king's courts determined these questions as a matter of "trespass" on (infringement of) franchise property. It was also possible for a court to trespass on a defendant by violating basic due process rights associated with the type of jurisdiction, for example torturing the defendant or by denying right to a trial by jury. In a contract-based system, involuntary courts with large territories would be needed to determine, if disputed, the preliminary question of whether a proper contract had been formed with a proper choice of forum clause. In the U.S. this question is answered by the court with jurisdiction over the contract, usually a court of the state where the contract was formed.
Posted by Nick Szabo at 1:09 AM